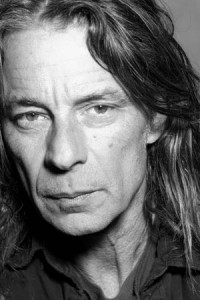 When you first listen to Mark Brown, you might find yourself wondering where he’s been and why it took him so long to get here. Combining a sharp eye with a sly sense of humor reminiscent of John Prine, Mark makes songs that hail from everywhere, incorporating ballads, cowboy songs, jigs, sideshow melodies, and field hollers. His songs give voice to craftsmen, broken-hearted mechanics, heavy equipment operators, squatters and girls with their dirt bikes. Like many of his characters, he’s been around: after growing up in Maryland, Mark’s done some farming, worked as a mechanic, spent years as a commercial fisherman in the northern Pacific and worked as a carpenter in the northeastern US. These experiences have influenced his music the way an oak cask influences good whiskey.

Mark got his first Johnny Cash record when he was 6 years old, and wore it out in short order. A farrier took him to his first Tom Waits show in 1975, and that set fire to the barn, flipped the car in the ditch, and started Mark on his own musical career. Mark has been writing, playing and performing for the last 15 years – writing interesting, carefully crafted songs that maintain a soulful integrity while never taking themselves too seriously. After years of solo work, Mark is currently working with his band, Uncle Buckle. Backing up Mark is pedal-steel player extraordinaire Fooch Fischetti, bassist John Hughes, and the versatile Dean Jones on everything else. When the band begins to play the room fills with dust, tarpaper shacks and decrepit farm machinery. Mark also does occasional solo tours around Ireland, where his singing and songwriting skills are drawing notice. 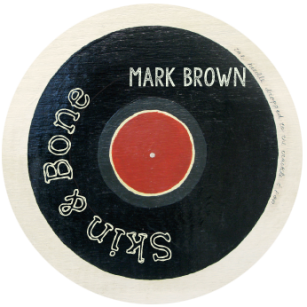 Loading tracks...
Update Required To play the media you will need to either update your browser to a recent version or update your Flash plugin.
+ View More Albums

Uncle Buckle is available at:
CDbaby.com,
Barnes and Noble, Kingston, NY,
or directly from Mark Brown

Four star review from R2 Magazine November- December 2015 An intriguing character, Mark Brown has certainly been around. Since growing up […]